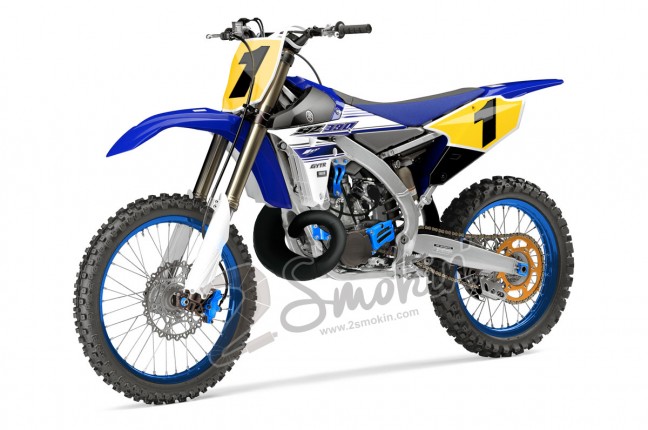 Over the past decade, when you look at the starting lines of most professional motocross races, its fairly obvious that you don’t see a lot of two-strokes. Four-strokes have dominated the motocross scene in a way that in the 450cc class, you have to be a very gifted rider to remain competitive on a 250cc 2T. Although it has been a booming market for the manufacturers, the reduction in participants at races have shown that in many cases, it is too expensive to be competitive on a 4T in a privateer sense, especially over a full season. In the past years, countries such as Canada and Australia have brought in rules that allow equal displacement in the Lites class (250cc 2T vs 250cc 4T), which has made for very competitive racing, and allowed privateers to have a chance against the larger budget factory 4-strokes over a full season.

However, where does that leave us with the 450cc class? The modern 450 MX Bikes produce stomping power that tends to be more user-friendly than the snappy 250 2-stroke and less of a handful than a 500cc 2-stroke. However, when was the last time a major manufacturer actually put development into a big-bore two-stroke? The Honda CR500 & Kawasaki KX500 were both virtually unchanged for the last 10-15 years of their existence and although the custom AF models (alloy-frame conversions) have been an improvement on the old steel models, the engines have not seen development that modern 4 strokes have, especially in a usability sense. So if a major manufacturer was to design a modern two-stroke that could be be competitive against the 450s, what would be we looking at?

I present to you my interpretation of a modern, competitive two-stroke, the Yamaha YZ390! (Click images to expand) 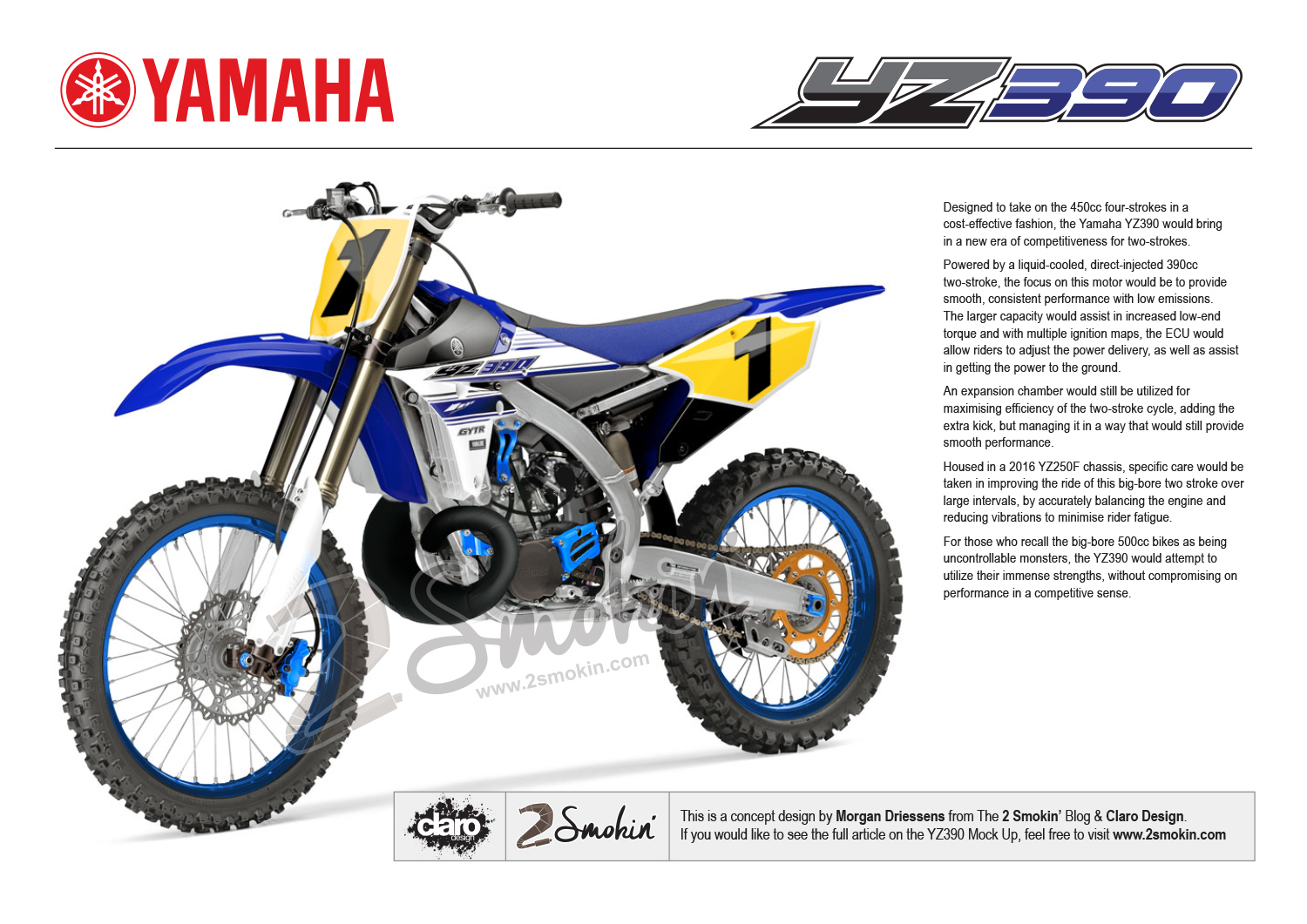 Designed to take on the 450cc four-strokes in a cost-effective fashion, the Yamaha YZ390 would bring in a new era of competitiveness for two-strokes.
Powered by a liquid-cooled, direct-injected 390cc two-stroke, the focus on this motor would be to provide smooth, consistent performance with low emissions. The larger capacity would assist in increased low-end torque and with multiple ignition maps, the ECU would allow riders to adjust the power delivery, as well as assist in getting the power to the ground.

An expansion chamber would still be utilized for maximising efficiency of the two-stroke cycle, adding the extra kick, but managing it in a way that would still provide smooth performance.

Housed in a 2016 YZ250F chassis, specific care would be taken in improving the ride of this big-bore two stroke over large intervals, by accurately balancing the engine and reducing vibrations to minimise rider fatigue. 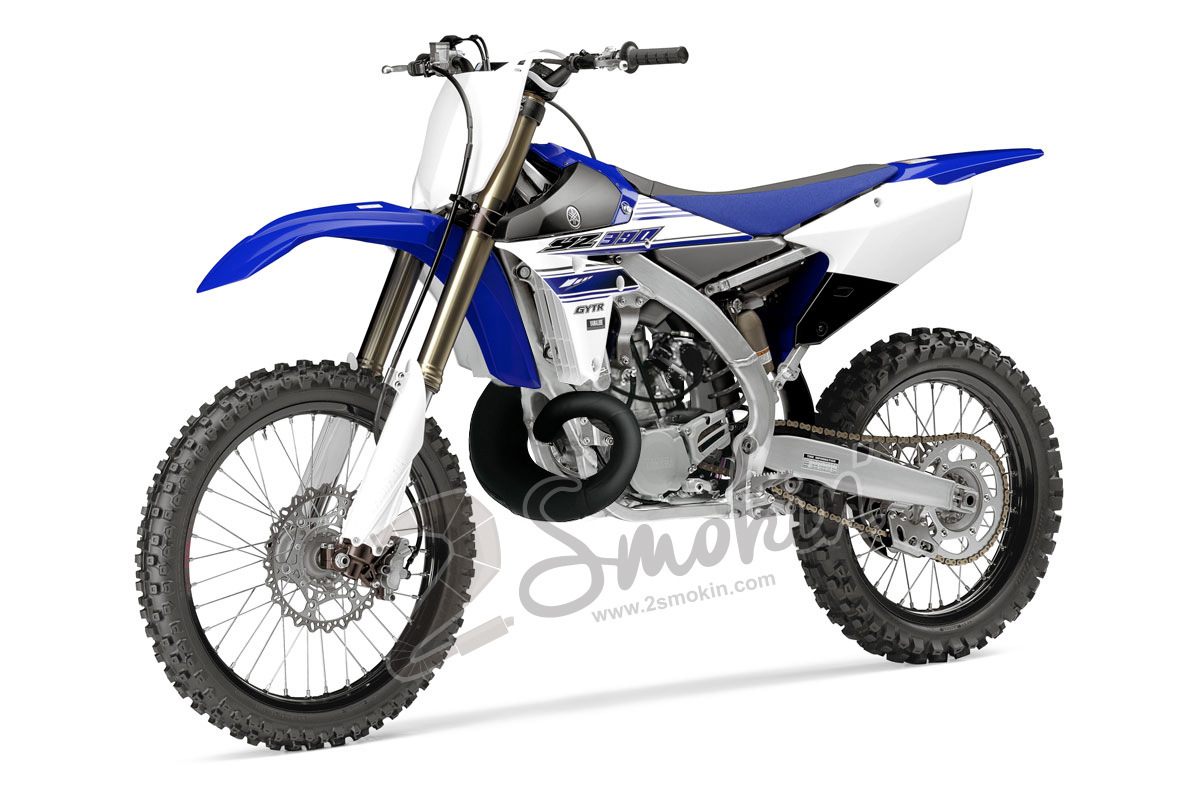 Obviously, the production model would not necessarily need to feature all the anodized parts, however I felt that it gave the bike a more fun, enhanced look, as well as some nostalgia with the yellow number boards. 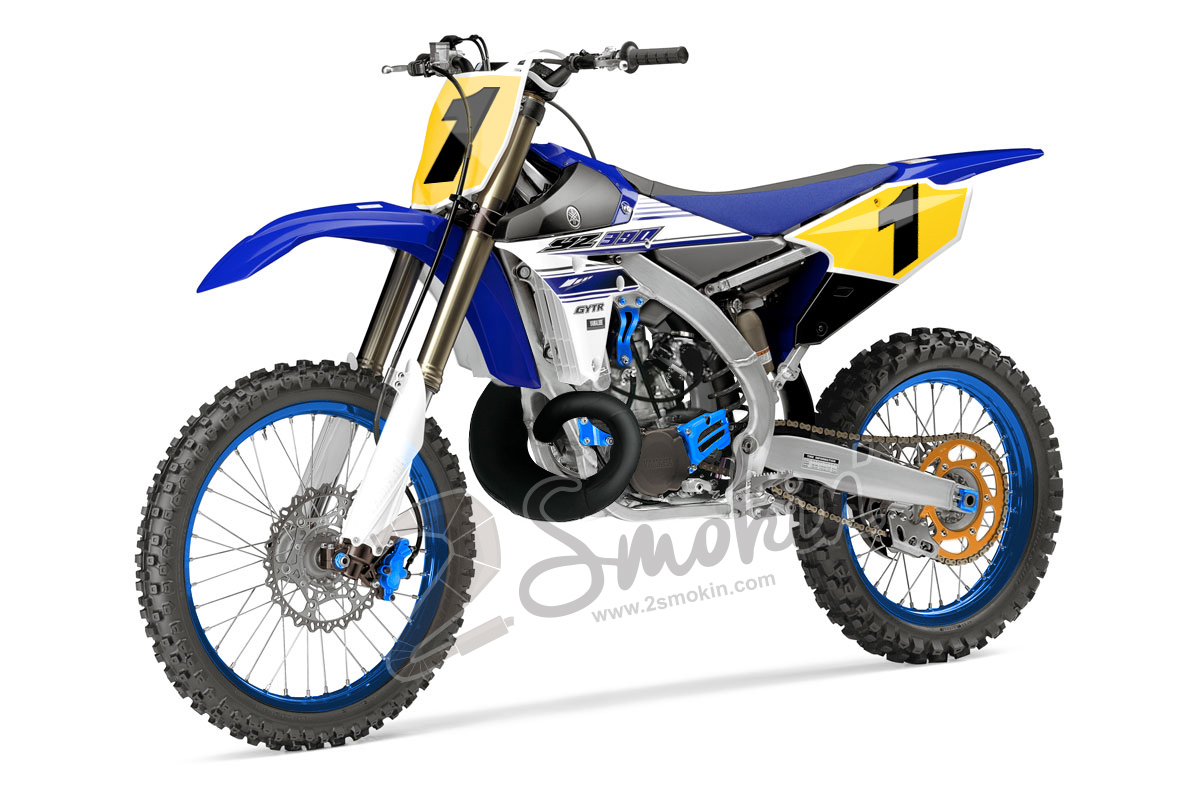 For those who recall the big-bore 500cc bikes as being uncontrollable monsters, the YZ390 would attempt to utilize their immense strengths, without compromising on performance in a competitive sense.