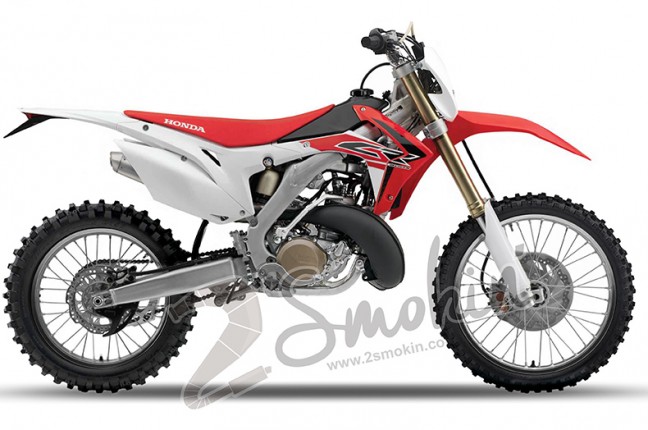 As many of you may have seen, there has been a terrific response towards the Yamaha YZ300-E! (Click Here to view YZ300-E article) With any luck, we have progressed one step closer to seeing a Japanese Manufacturer re-enter the 2-stroke enduro market.

However, recently it has become known that Honda has patented designs for direct injection technology. Although we are unsure as to where it would be used, I’m sure that most would agree that it would be great to see it introduced into their enduro and motocross range! Shown here is a conceptual design of the Honda CR300-X, a direct-injected 300cc Two-Stroke. The model utilizes the rolling chassis of a CRF450R, as well as various parts from the CRF450X to reduce development costs.

Specifications shown are estimates of the model’s potential (Click to enlarge image.) 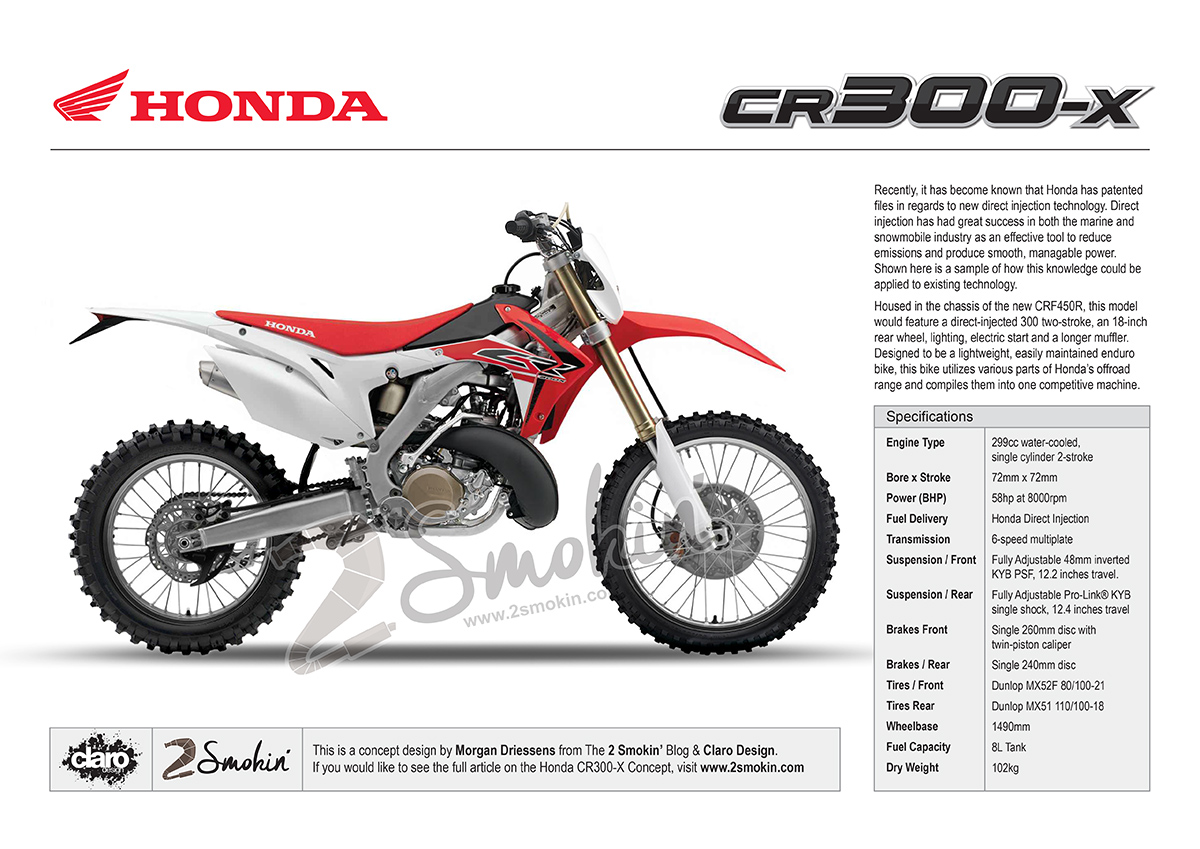 This model would be a great addition to their current off-road range and would provide customers with a motorcycle that is both emissions friendly and cheap to rebuild. By utilizing the direct-injection technology, the CR300-X could be tuned to produce a smooth power curve, reducing the violent, snappy power that people often associate with carbureted two-strokes.

Only the future will tell us if we will ever see a two-stroke in Honda’s line up again, but based on their multiple decades of success with the 2-smokers, if they do produce one, it will certainly be a weapon!